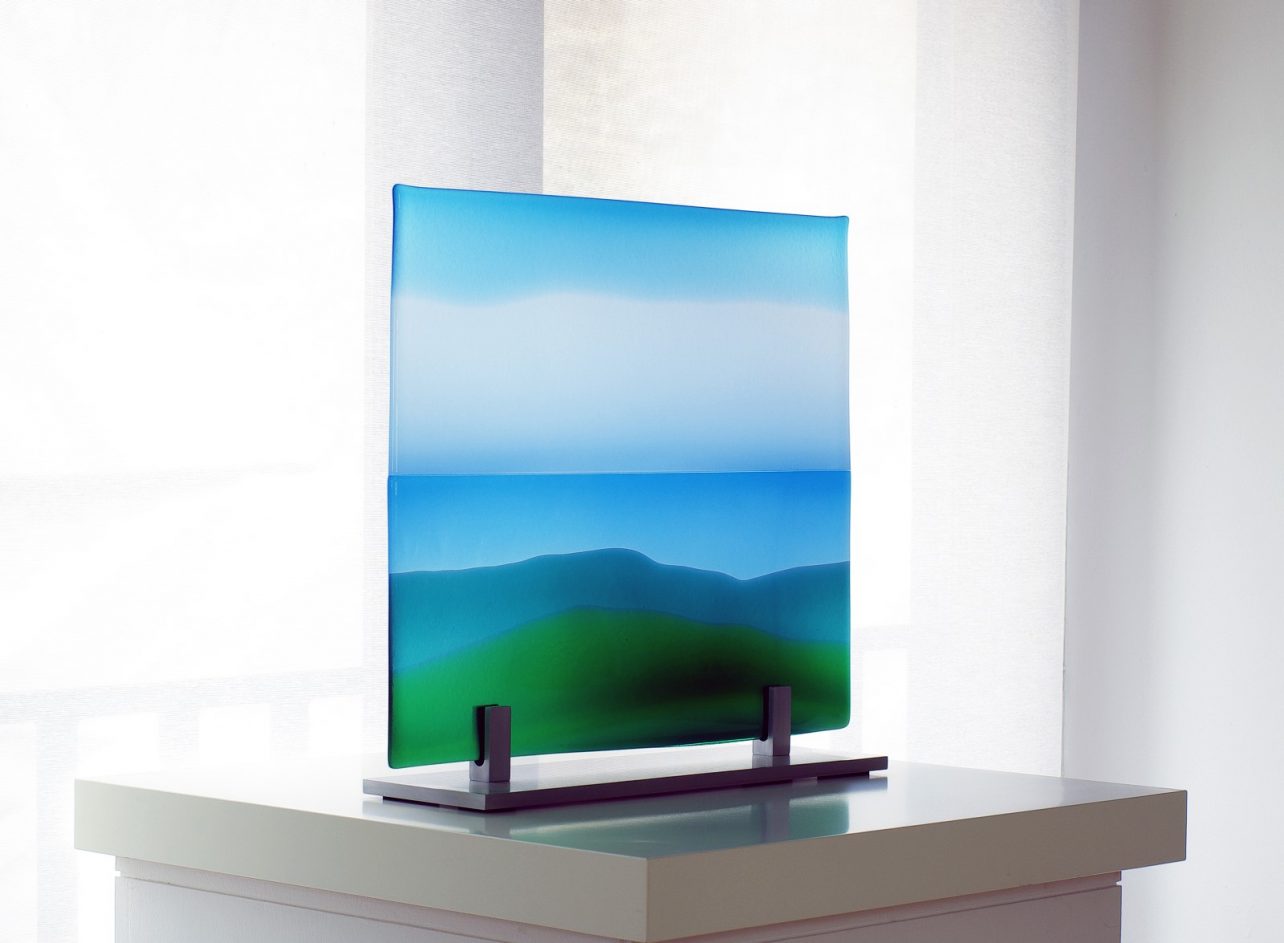 The Walter Scott glass panel trophy ‘On A Clear Day’
15 June 2019
Congratulations to Robin Robertson who has won the tenth Walter Scott Prize for Historical Fiction, becoming both the first Scot and the first poet to win the £25,000 Prize in its ten year history.
Accepting the Prize for his book The Long Take from writer Alexander McCall Smith and the Prize’s sponsor the Duke of Buccleuch, Robin Robertson said that, like Walter Scott, he had started as a poet and then moved into narrative fiction ‘by accident’, as The Long Take started as a poem but became something longer.
Borders Book Festival, Harmony Garden,
St. Mary’s Road, Melrose TD6 9LJ
www.walterscottprize.co.uk
www.bordersbookfestival.org